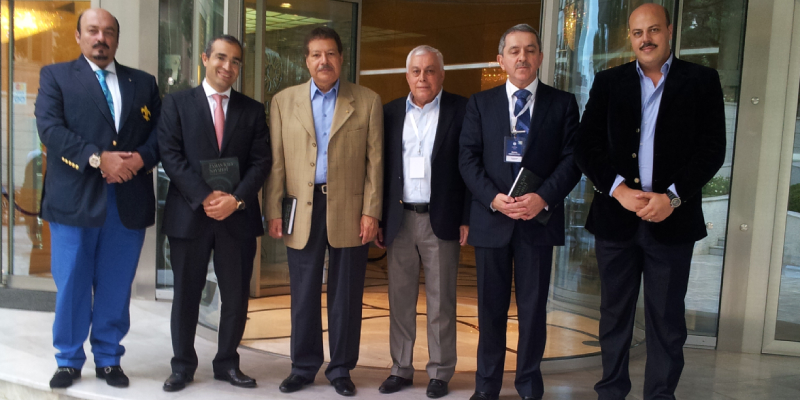 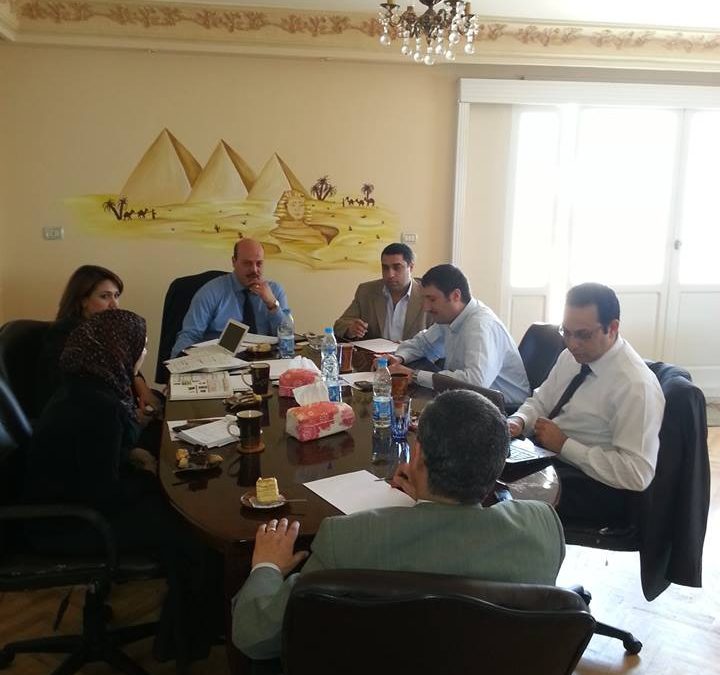 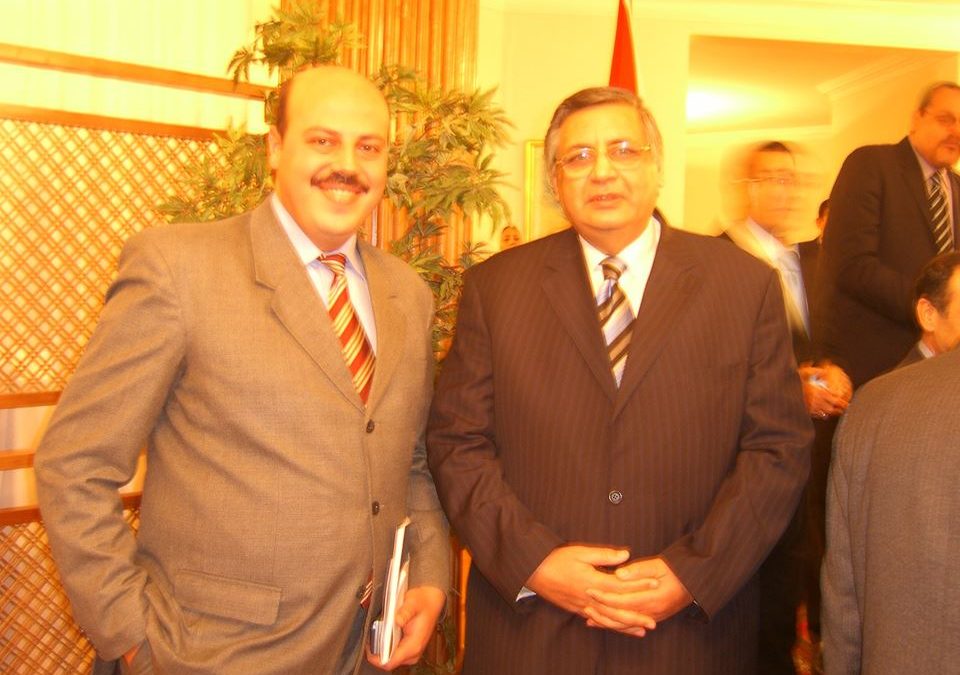 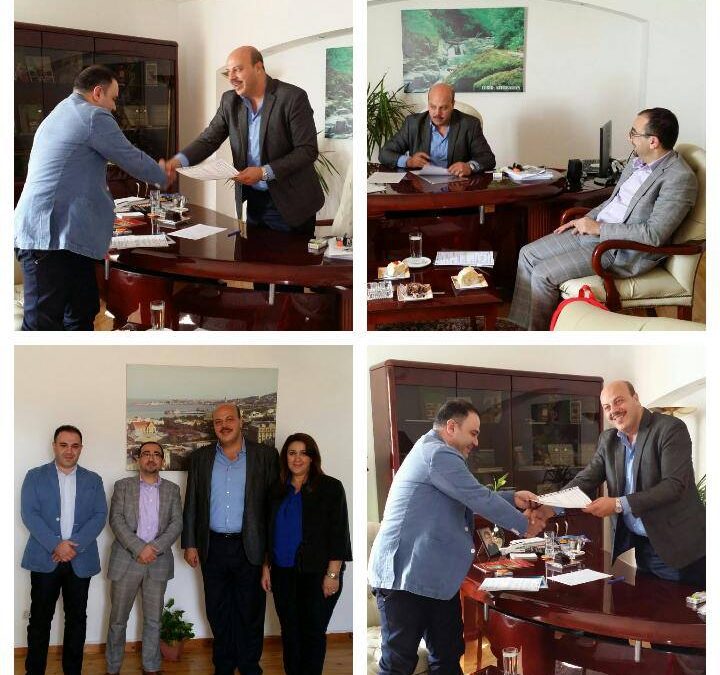 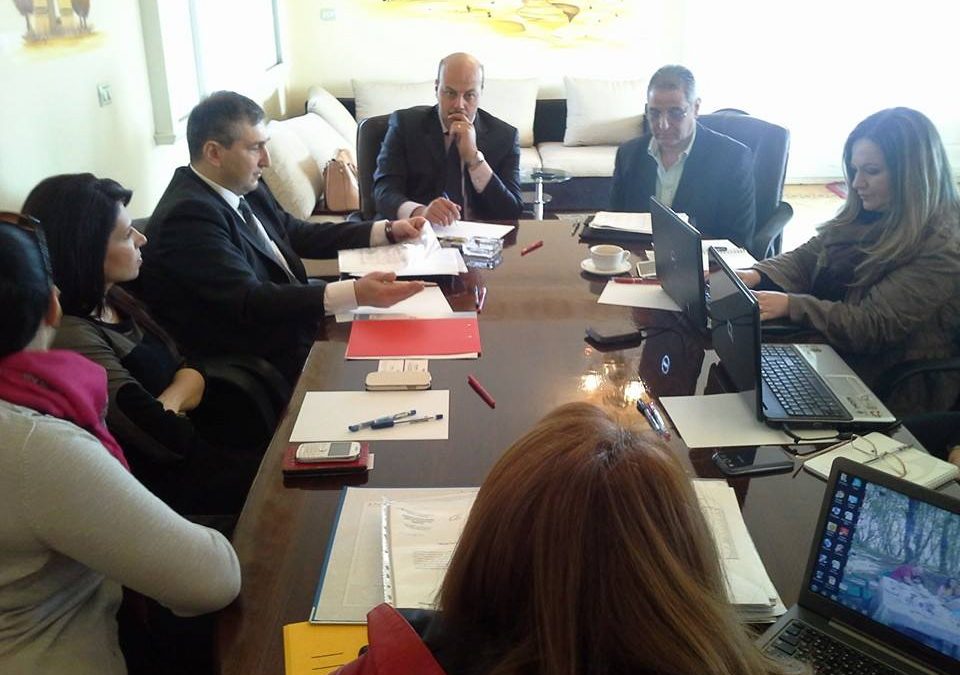 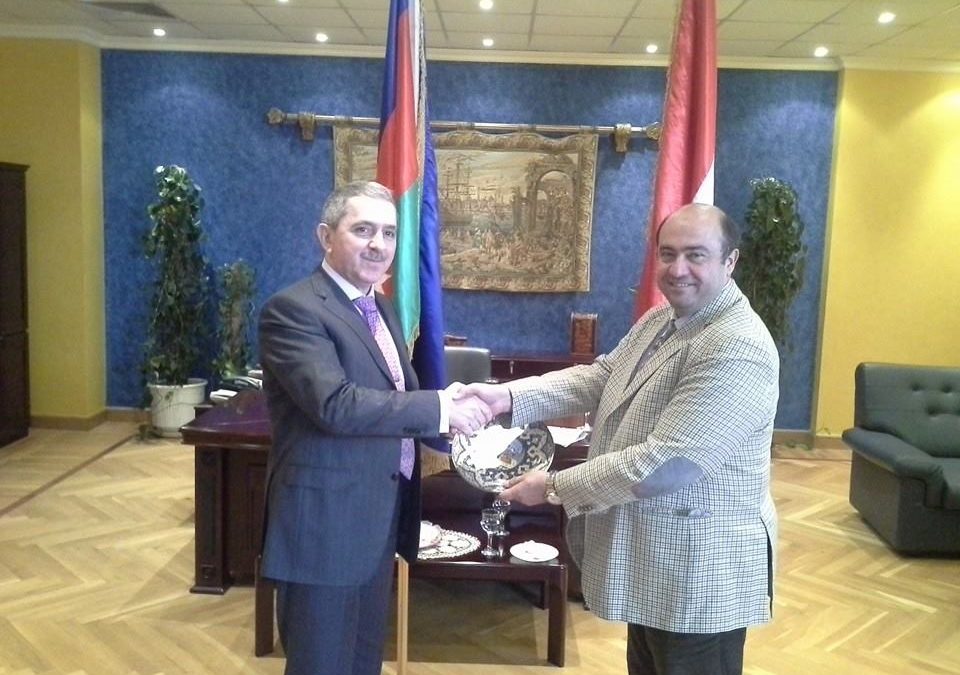 Meetings with our partners of Pharco corporation with Ambassador of Azerbaijan in Cairo. 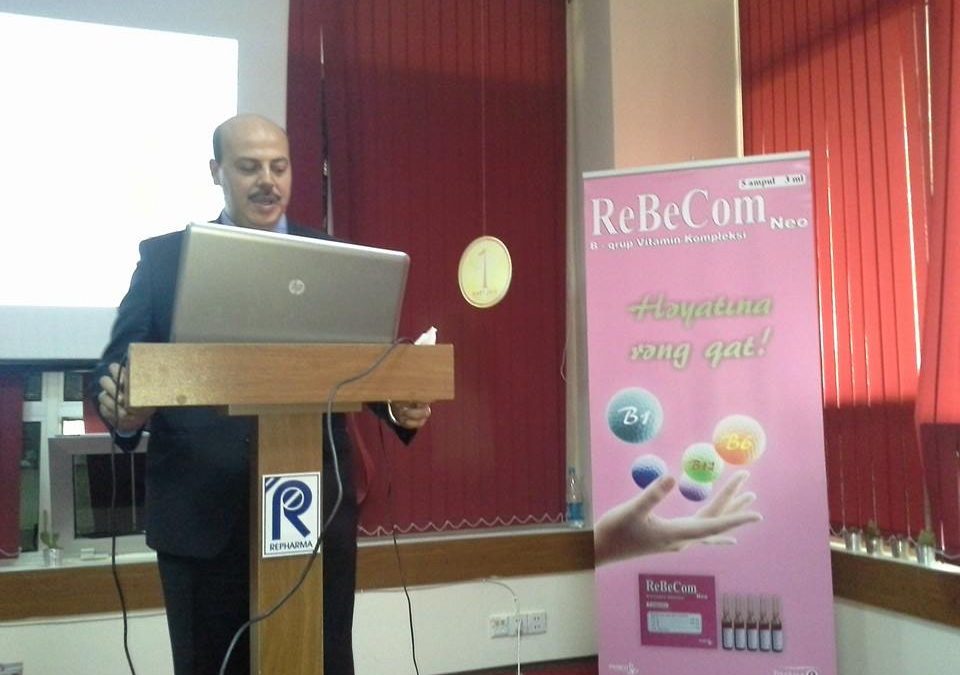 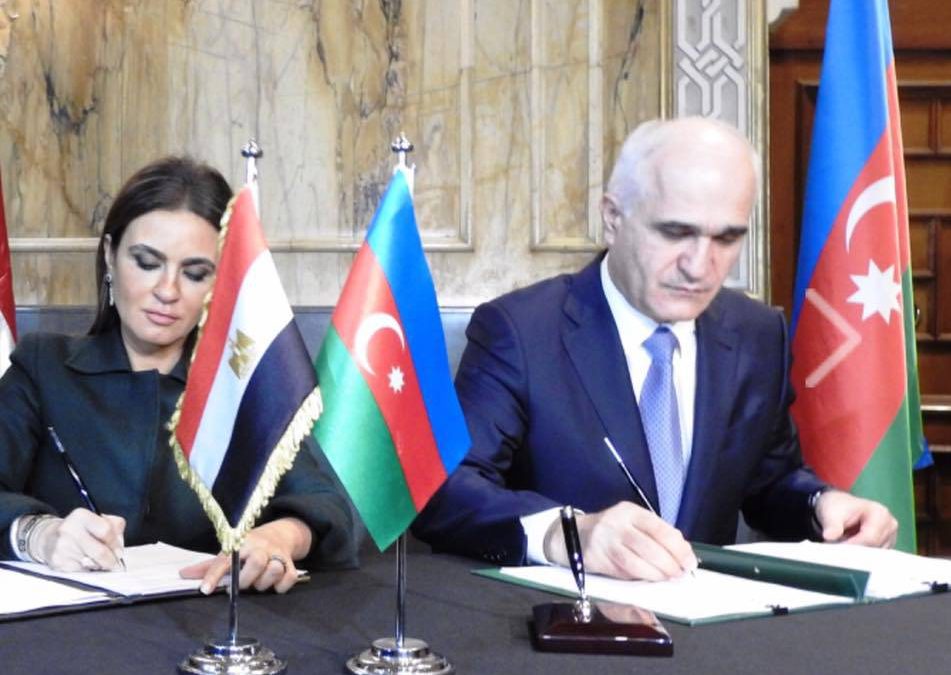 The 4th meeting of the Joint Commission on Intergovernmental Economic, Technical and Scientific Cooperation between the Republic of Azerbaijan and the Arab Republic of Egypt was held in Egypt’s Cairo on February 22. At the joint meeting the co-chairs – the Azerbaijani Minister of Economy Shahin Mustafayev and the Minister of Investment and International Cooperation of Egypt Sahar Nasr in attended the delegation.

At the Commission’s meeting, the sides discussed the issues of expanding and improving the legal framework between Azerbaijan and Egypt, cooperation in trade, industry, investment, communications and information technology, energy, tourism, agriculture, irrigation, environment, education, health and pharmacy, youth and sports, as well as the directions of development of relations.

Minister Shahin Mustafayev noted that the relations established 27 years ago between our countries are developing on the principles of friendly friendship and mutual interest. The visit of Egypt’s National Leader Heydar Aliyev, President Ilham Aliyev and First Vice President Mrs. Mehriban Aliyeva to Egypt in the expansion of Azerbaijani-Egyptian cooperation is of great importance.

Shahin Mustafayev expressed gratitude to the Egyptian side for supporting the fair position of the Armenian-Azerbaijani Nagorno-Karabakh conflict and the territorial integrity of Azerbaijan and noted that Egypt’s joining the Coordination Group on the Armenian aggression against Azerbaijan within the Organization of Islamic Cooperation will make a significant contribution to the activity of this organization.

It was noted that up to date, about 50 documents have been signed between our countries, and 21 projects are under discussion. 14 Egyptian investment companies operate in trade, industry and service sectors in Azerbaijan. There is great potential for expanding trade relations between the two countries. Our energy cooperation is multidimensional and measures are being taken to expand these ties, and SOCAR cooperates with the Egyptian State Company. Our relations are developing in tourism, and the number of tourists visiting Egypt in 2017 has increased by 50%. At the same time, a number of important social projects are being implemented between Azerbaijan and Egypt. In 2008, the Egypt-Azerbaijan friendship park in the province of Qalyubia, the monument to the National Leader Heydar Aliyev and the “Azerbaijan” street were opened in the park. Cooperation between Absheron region and Qalubiya province, signing of friendly agreement between South Sinai Province and Gabala region in 2015 may serve as an example for cooperation among other regions.

At the meeting, Minister Shahin Mustafayev spoke about the Azerbaijani economy, international projects implemented with the participation of our country – Baku-Tbilisi-Kars railway, Baku International Sea Trade Port, Trans-Caspian route, North-South international transport corridor, as well as work done in our country in improving business and investment climate. He also informed.

Egyptian Minister of Investment and International Cooperation, co-chair of the Joint Commission Mrs. Sahar Nasr expressed his satisfaction with the Azerbaijani delegation’s visit to Egypt and said his country was interested in expanding ties with Azerbaijan. Sahar Nasr also briefed on the opportunities for expanding cooperation, as well as the Egyptian economy.

At the end of the event, the Protocol on the results of the 4th meeting of the Joint Commission on Intergovernmental Economic, Technical and Scientific Cooperation between the Republic of Azerbaijan and the Arab Republic of Egypt was signed. The document was signed by co-chairs of the Commission – Minister of Economy of the Republic of Azerbaijan Shahin Mustafayev and Egyptian Minister of Investment and International Cooperation Sahar Nasr. The document covers cooperation in trade, investment, industry, energy, agriculture, financial services, communications and information technology, energy, culture and tourism, agriculture, irrigation, sports and youth, science and education, healthcare and others. 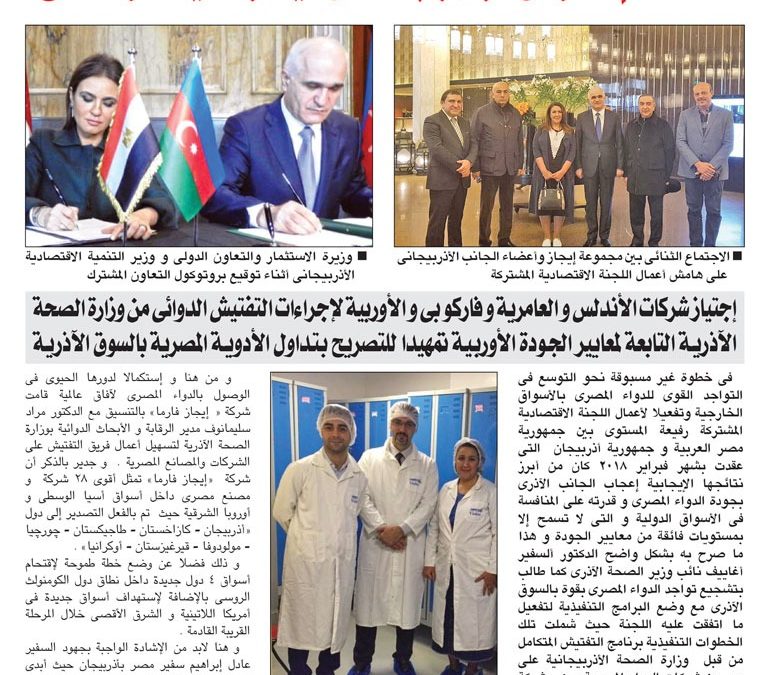 Published on the Egyptian newspaper “Al Ahram” on Januray 15, 2019. 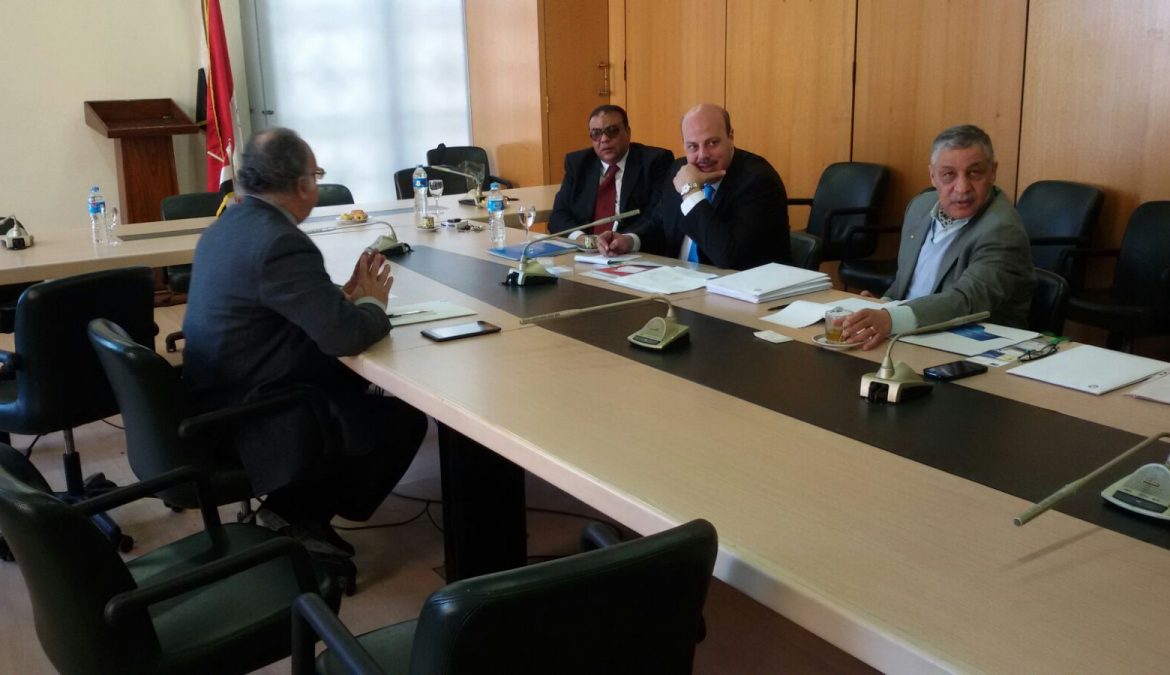